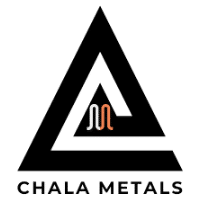 As the year draws to a close it is time to reflect on the achievements and frustrations of 2021 and the plans for 2022.

ACHIEVEMENTS AND YEAR IN SUMMARY

2021 has been a year of significant achievements along with some frustrating delays beyond our control.

We established Chala Metals Limited ( CML ) and by share swap with Achatayhua Metals Peru S.A.C. ( AMP ) have acquired the rights to the Achatayhua Copper-Gold-Iron project. We raised A$550,000 and issued share certificates and met other legal requirements. Thanks to Geoff Muers and the Kenneth Leo for their good work in achieving this.

In Peru we have established a formal legal structure to meet ASIC standards with the firm Legalia providing legal and accounting services.  We also have acquired a second subsidiary company in Peru, Upper Canyon Minerals S.A.C. ( UCM ) . We are using this company to operate the Crucero Joint Venture small scale Copper Mining project, which is in the final stages of establishment. Following some more sampling in January it is envisaged that underground mining may commence in February or March 2022 and begin to generate positive cash flow.

For the Achatayhua project we have obtained our full mining exploration licence and work permit for a road to the outcrops and 60 drill holes.

Thanks to Paulo Diamantino for his persistence and good work.  Paulo and Greta from Legalia have also negotiated a community access agreement although this is still incomplete and a work in progress for 2022.

During 2021 we have managed to constrain the spending in CML to under A$50,000 per month which is very modest indeed given the establishment and compliance costs and the delays in Peru due to Covid and Politics.  For 2022 we have reduced the monthly spend further to delay the need for a further a capital raise by some months.

Under the negotiated site access agreement, just 10 days ago, our Geologist Amadeo Cahuaya Ponce completed a short field trip to the Magnetite outcrops looking for Copper.

He was successful in finding it as shown in the photographs below. This augers well for the projects credentials as potentially a large scale Copper project and an analysis of his report is now being conducted by our senior geologist Jacob Rebek.  Assay results will not be available until early January but we are hopeful, based on photographs, that the grades may exceed those recorded previously.

Management have 3 large Mining companies showing interest in joint development of the Achatayhua project and metal prices for Copper, Gold and Iron ( 68% Fe concentrate ) remain high. So the potential for CML to return good profits to investors remains high, despite the headwinds we have faced in 2021. These have included the Lambda and Delta strains of Covid which have had a serious restrictive impact on field work and the speed and operation of the Peruvian Government Bureaucracy.Then we had a highly polarized and violent Peru Presidential election which effectively paralyzed the country for a couple of months.

The election of a socialist president with close connection to the indigenous agrarian populations has emboldened those populations to assert their traditional farming and grazing rights, often in conflict with Government issued exploration or mining permits. Consequentially, for Achatayhua, the access agreement with the “posesionarios” ( informal pastoralists/local community ) and the issue of the full mining exploration licence and work permit were delayed until November just passed, for the reasons mentioned above.

These delays, beyond our control, and international travel restrictions have meant that we are behind our scheduled program of works on Achatayhua project.

Other than the delays and difficulties in reaching an access agreement with the Posesionarios and in finally securing the full exploration permit and works order to allow us to drill 60 drill holes, in November this year, the frustrations of the delays caused the concession holder, Elfer Bravo, to attempt to annul our contract with him.  CML’s legal advice is that the annulment is not valid in Law and accordingly we have now written to Elfer Bravo stating this and commenced legal action against him. We have also advised Ingemmet, the Peruvian Government authority which administers Mining Concessions, that we have commenced legal action against Elfer Bravo and they should not allow any transfer or encumbering of the 4 concession titles in question.  The legal action we have initiated is seeking an interim judgement ruling that the annulment is invalid, restoring our contract with Elfer and allowing us to seek damages through a commercial court.  The legal fees up to the end of February are US$10,000.

CML’s legal representative and “apoderada”, Dr Greta Mendoza, believes that despite the holiday season and despite Covid induced Court backlogs, we should expect a positive ruling from the courts by mid January 2022. On Monday this week I reached out to Elfer and he is keen to establish a dialogue and a negotiated settlement to this issue, regardless of the Court Ruling, although obviously our position will be much stronger if the Court rules his annulment invalid. I will meet him and his family in mid-January, together with Greta.

Because we now have an access agreement, at least an interim one, and our exploration permit with a 5 year approval, we were able to conduct a field trip to Achatayhua about 10 days ago.  We used the same Peruvian Geologist employed on the Crucero project, acting on written instructions from our head geologist Jacob Rebek.

The three photographs embedded here are of three of the 51 samples collected from the sides of the gullies around the Magnetite outcrops. Jacob and other Geologists we have shown these photographs to are very encouraged that the these samples will endorse the theoretical model developed by Jacob, that the mineralization can be expected to host a massive Copper porphyry deposit.

The assay results from the samples will not be available until mid-January but the Geologists report of the sampling is available, in Spanish, and will be posted to the website shortly.

OTHER PROJECTS FOR FUTURE CONSIDERATION

Through our association with Lino Flores, concession holder for the Crucero project, we have access to JV three other Southern Peruvian exploration concessions (projects) covering Copper, Gold and Iron-Copper

Zorrita is an early stage Copper-Cobalt tenement, in the heart of a Chilean Copper mining district, available for relatively modest regular payments and an all up cost over 2 years of US$2.0 Million

Jacob and I have identified some open ground in both Peru and Chile which is close to the coast, uninhabited desert and prospective for Iron-Copper. The estimated cost of securing and exploring such ground, up to pre-drilling but including some Geophysics is US$25,000 to US$30,000 per project and we plan, subject to availability of exploration funding, to undertake such exploration in May-June of 2022.

In summary I would say that external Peruvian factors and the actions of Elfer Bravo with his attempt to annul our agreement have combined with our shortage of Capital to create a difficult situation to achieve our goals. The development of a mining project can expect these sorts of setbacks, which is why investment in mining is deemed a high risk investment and good Capital support is a key ingredient in the success of most mining projects.

The Board of CML has taken strong action to preserve the small amount of remaining capital so that positive outcomes can be achieved in 2022.

A. Get and analyse the assay results from the December 21 field trip in the expectation that enough assays are above 2% Cu to excite the market and potential JV partners/project purchasers

B. Get an interim judgement in our favour to restore the Elfer Bravo option to buy agreement and to negotiate an extension and/or more favourable terms

C. Finalize negotiation of the access agreement with the informal graziers

D. Ascertain, with a higher degree of certainty, the average grades of ore in the Crucero tunnels and then decide the best mining approach.

E. Negotiate Co-operative arrangements or sale of CML rights with others for both Achatayhua and Crucero

F. Convene an Annual General Meeting to be held in Sydney on or around 4 April 2022 to re-elect the Board and to endorse any sale or JV of CML rights or to introduce a plan for securing additional capital for the project(s).

Thank you for your understanding of the difficult year it has been and wishing you all a Merry Christmas and safe and happy New Year.

Chala metals was formed in 2021 to develop and explore iron and copper deposits in Peru, South America. The current primary focus is on exploration of the large Achatayhua IOCG deposit, 65km inland from the coast of Chala, Southern Peru